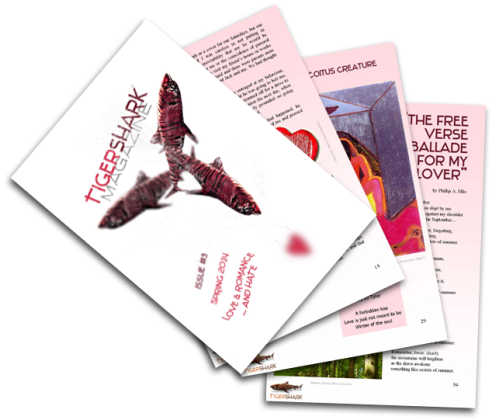 My short story, The Charlie Chaplin Time Traveller, has now been published in Tigershark Magazine, Issue 11! You can download the PDF of the issue for free right here! Just click the link below. (The story starts on page 18.)

The Charlie Chaplin Time Traveller is the second of the Million Eyes Short Stories to be published, after Who is Rudolph Fentz? in Scribble, Issue 68 last year.

The story is based on an urban legend about a extra on a Charlie Chaplin DVD, an extra containing something rather out of place. Irish filmmaker George Clarke made the discovery and released a YouTube video about it, which became a runaway hit and was discussed and debated by the world’s media. At the time of writing, the video’s attracted more than 6,870,000 views.

Here’s Clarke’s original video. See what you make of it!

You can find out more about George and his films on the website for his production company, Yellow Fever Productions.

Each issue of Tigershark Magazine contains short stories, flash fiction and poetry and is free. Visit the website for Tigershark Publishing to request a copy. The earliest issues of the magazine can be downloaded from the publisher’s original website.