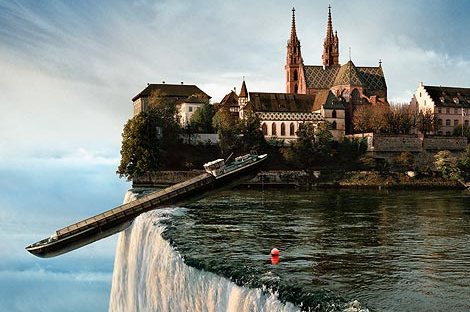 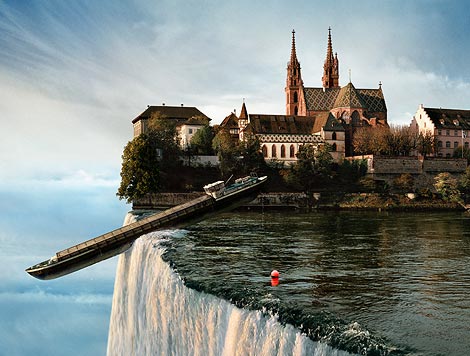 Everybody knows that Planet Earth is a sphere… right? Actually it’s really, really not, and NASA is lying to us all, according to the Flat Earth Society. So what’s the truth? Is the Earth really spherical, or are we all being deceived?

Wikipedia calls the Flat Earth Model an “archaic conception of the Earth’s shape as a plane or disk”. Ancient cultures believed the Earth was flat. In fact, an ancient culture became the first to reject the notion; Ancient Greek philosopher Pythagoras suggested the world was a sphere in the 6th century BC, and most other cultures had rejected the Flat Earth doctrine by the early centuries AD. (Strangely it took the Chinese until the 1600s to catch up.)

That’s how I remember learning about it at school too. That the Earth being flat was a very old, outmoded idea from the days when scientific understanding of anything was limited, an idea that nowadays everybody rejects.

Well, I was wrong, because not everybody does.

The Flat Earth Society was set up in 1956 by Samuel Shenton in Dover, Britain. While the Space Race in the 60s eroded support for Shenton’s movement (as you’d expect, since the Apollo program was sending back pictures of a very spherical Earth), membership still managed to reach 3,500 in the 1970s. In the 90s the society declined, but was brought back to life as a website in 2004. In July 2014, the society had 500 members.

Alright, so that’s not many. Not many at all, really. Still, 500 people in this world believe that the other 7 billion of us are either lying or are blissfully deluded and believing the lies.

The question is – why?

Is there any evidence of a flat Earth?

Charles K. Johnson, who headed up the Flat Earth Society in the 70s after Samuel Shenton’s death, said that “if [the Earth] is a sphere, the surface of a large body of water must be curved.” He claimed to have checked the surfaces of Lake Tahoe and the Salton Sea and discovered no curvature.

However, the counterargument is that ships appear to sink when they sail into the horizon; a ship with a tall mast will disappear before the mast does – and this is due to the curvature of the Earth. Yes, a curvature is very difficult for us to see because of how large the surface of the Earth is, but it’s not impossible to see. A good pair of binoculars or a telescope should do it.

So that settles that, then. The Earth is curved, the horizon proves it. If the Earth was flat, we’d be able to see everything – there would be no horizon to obscure anything. Common sense, really.

Except that it’s not that simple, argue the Flat Earthers. Instead they contend that a ship appears to sink because of the “angular limits of perception”. It’s all to do with perspective. The distant ships intersect with a ‘vanishing point’, getting so close to the surface that they appear to merge with it, till they are lost to human perception altogether. Or something. The real clincher is that there are apparently lots of cases of partly sunken ships being ‘restored’ simply by looking through a telescope, showing that they haven’t sunk behind the horizon at all.

Most of the world regards this as nonsense. There’s no evidence that anybody’s ‘restored’ a ship partly or totally hidden by the horizon. If a ship really is just disappearing into a ‘vanishing point’ of human perception, then a telescope would always be able to bring it back, but it simply isn’t the case. Why? Because the Earth is spherical!

British Flat Earther Joseph Klimera recently attempted to demonstrate that the sinking effect is nothing but a trick of light and optics, rather than having anything to do with the curvature of the Earth. He did this with paper boats, a jug of water, a worksurface and a shaky camera that hilariously keeps dipping down lower than the worksurface while he says, “Look, the ship’s sinking!” Er – duh.

The big problem that Flat Earthers face (and probably the reason why there’s only about 500 of them) is all those pesky satellites and astronauts who keep telling us that the Earth is spherical. Well, you guessed it. Flat Earthers argue that NASA and all the other space agencies are part of a worldwide conspiracy to persuade us all that the Earth is a globe. That the photographs taken by satellites from space have been faked, that the Mars Exploration Rover Missions never happened, and that – of course – the Apollo moon landings were an elaborate hoax.

The motive? The Flat Earth Society speculates on several possible motives. One is that NASA feigns all its space exploration efforts in order to make a tidy profit from the colossal budget given to it by the government. Another is that it is hoaxing space travel in order to make the US appear superior to the rest of the world. A third possible explanation is that NASA doesn’t actually know that the world is flat, because all its missions are faked, therefore no one’s travelled beyond the edge of the atmosphere to be able to tell.

More than that, the Flat Earthers haven’t got a shred of viable evidence for any conspiracy. So there.

And why have we never found the edge?

If the Earth is flat, surely we’d be able to find the edge and fall off it? Nope, say the Flat Earthers, because there is a giant ice wall that surrounds the Earth and prevents the oceans from spilling over the edge. They say this corresponds to the coastline of Antarctica for us ‘Ball Earthers’ – as they call us.

Still, while it might all sound like madness, the Flat Earthers endure. Canadian Tennessee-based Flat Earther John Davis says he has been creating an “online information repository” to help bring together Flat Earthers into a “global community”.

He adds, “If you will forgive my use of the term, ‘global’.”

Next week: Did a munchkin commit suicide on the set of The Wizard of Oz?

BBC News – Do they really think the Earth is flat?