In December 1980, aliens allegedly landed in Rendlesham Forest, England in a triangular spacecraft. Where did these aliens come from? One of the witnesses, Sergeant Jim Penniston, has the answer. Earth. Because they weren’t aliens at all. They were us.

Two famous alleged encounters with UFOs in Britain have been dubbed the ‘British Roswell’. The first is the Berwyn Mountain UFO crash of 1974, which I talked about briefly in my Men in Black article. The second is the more extensively documented Rendlesham Forest UFO Incident of 1980.

Rendlesham Forest is a large pine forest near Ipswich in Suffolk, England. At the time of the incident, two former military bases in the vicinity, RAF Woodbridge and RAF Bentwaters, were being used by the United States Air Force (USAF). On Boxing Day 1980, a security patrol near RAF Woodbridge reported strange lights descending on the forest. Three patrolmen entered the forest to investigate. According to a memorandum drawn up by Lieutenant Colonel Charles Halt, the object was:

“metallic in appearance and triangular in shape, approximately two to three meters across the base… It illuminated the entire forest with a white light. The object itself had a pulsing red light on top and a bank of blue lights underneath. The object was hovering or on legs. As the patrolmen approached the object it maneuvered through the trees and disappeared.”

In the days that followed, Halt and others observed further strange lights and discovered depressions in the ground where the spacecraft was alleged to have landed.

Jim Penniston has a close encounter

Sergeant Jim Penniston was one of the three USAF patrolmen who entered the forest and encountered the UFO. In 2003, for a Sci Fi Channel documentary, he unveiled a notebook in which he alleges to have made a real-time account of the experience.

In this notebook, Penniston reported that a “craft of unknown origin” had landed in the forest. He claims to have examined it for 45 minutes, touched its “warm surface”, sketched the craft in his notebook and recorded the hieroglyphics that were apparently engraved on the side. Penniston revealed later that he also recorded in his notebook a sequence of binary digits which were telepathically transmitted to him.

However, base commander Colonel Ted Conrad said he interviewed Penniston shortly after the incident. He said Penniston mentioned nothing about touching the spacecraft. In fact he said he never got close enough for a detailed look. No 45 minute examination, no notebook, no telepathic transmission of a binary code. Indeed, Penniston’s original (but undated and unsigned) witness statement also says that he only got within 50 metres of the object. He refers to spending 45 minutes pursuing the lights and the object on foot. And furthermore, the other two patrolmen only mentioned strange lights. They didn’t claim to have seen a spacecraft.

There are two possible explanations for this. Penniston was part of a hoax and his notebook is a complete fabrication. This is what Colonel Conrad believes.

New revelations… “They are time travellers. They are us.”

In September 1994, Penniston underwent regression hypnosis. He described having an encounter with the occupants of the craft that landed in Rendlesham Forest. It turns out they weren’t extraterrestrials at all…

Hypnotherapist: “How far in the future?”

Hypnotherapist: “What do they need?”

Jim Penniston: “Not sure, but it has to do with chromosomes. Or something like that.”

Hypnotherapist: “How do they get that?”

Jim Penniston: “They take it.”

Jim Penniston: “From the other people’s bodies. They were interrupted. They are having problems. The odds are against them.”

Hypnotherapist: “How far into the past can they go?”

Jim Penniston: “These ships can go forty or fifty thousand years. They can’t go back much further. They might not get back.”

Hypnotherapist: “Why do they come back so far?”

Jim Penniston: “So it doesn’t affect the time line. The farther it is, the better, the least effect it has on changing the future…”

So basically, Penniston’s hypnosis session revealed that the craft contained our distant descendants, travelling back in time to retrieve genetic material in order to keep their ailing species going. This means perhaps these time travellers could be responsible for altering Penniston’s memories… 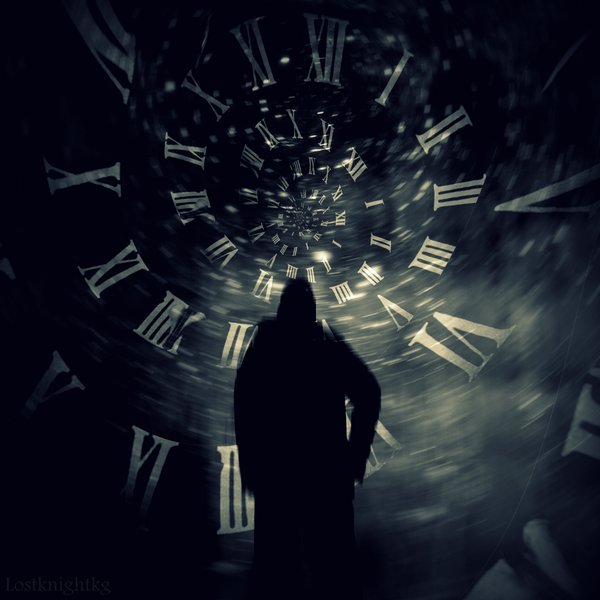 As soon as I read the Penniston hypnosis transcript, or at least the short extract that’s available to read online, I saw a flaw.

Notwithstanding the arguments about temporal paradoxes and the laws of physics, time travel – even in fiction – doesn’t work this way. These time travellers are telling Penniston that they have come back 40 or 50,000 years in order to have the least effect on the timeline. Nonsense. The further back you go, the greater the effect could be. One person could have spawned millions of descendants in 50,000 years, which means if you interfere with the life of that one person, you alter the course of the lives of all those descendants as well. It’s called the ‘butterfly effect’.

If these time travellers are real, I doubt they would adhere to such obviously faulty logic.

If Penniston’s hypnosis revelations sound like the plot of a movie, it could be that that’s exactly where they came from. Less than a year before Penniston’s hypnosis, a TV movie called Official Denial was broadcast on the Sci Fi Channel. The plot featured an alien craft landing in a forest, occupied by creatures who had come to Earth to obtain genetic material to help save their dying race. The twist ending was that these creatures were not aliens at all. They were evolved humans who had travelled back in time.

The similarities between Official Denial and Penniston’s account of the Rendlesham Forest Incident under hypnosis were not limited to the plot details. Penniston’s words almost mimicked lines of dialogue from the film. At one point near the end of the film, a character says, “They’re not aliens. They’re us. From the future. Our future.”

The similarities are striking and it would not be the first time someone has relayed memories inadvertently drawn from a TV show rather than real-life. Having said that, some people still argue that the Penniston/Official Denial similarities are a mere coincidence – including, would you believe, the writer of the movie!

Bryce Zabel is author of the screenplay for Official Denial and co-creator of conspiracy theory TV series Dark Skies. Having seen interviews with Zabel (notably on the Dark Skies DVD box set), I know that this man does subscribe to a number of UFO conspiracy theories. He doesn’t rule out that UFO encounters are actually encounters with our technologically advanced and biologically evolved descendants. Grey aliens are us in the future. And he posits this in Official Denial.

But Zabel believes that Penniston’s memories of the Rendlesham Forest Incident are nothing to do with his film. He says he asked Penniston whether he had ever seen Official Denial and Penniston said no, that he had not seen or even heard of it.

Zabel therefore rules out Official Denial being the cause of Penniston’s memories. Unfortunately – and I say this with the utmost respect to Zabel as a writer – a common problem amongst conspiracy theorists is to just believe what people tell you. UFO debunker Ian Ridpath is much more sceptical of Penniston. He cites the various inconsistencies that plague Penniston’s accounts – including putting the wrong date and time in his allegedly real-time notebook and changing his explanation for the error – as evidence of his unreliability.

Ridpath believes that nothing landed in Rendlesham Forest in December 1980. The triangle of indentations from where the craft landed was nothing more than rabbit diggings. And the patrolmen either misinterpreted several lights, including a flashing lighthouse and a meteor that fell that night, or conspired with Penniston to concoct an elaborate hoax.

What do you think of Penniston’s story? Do you think his account is the product of fictional memories drawn from a TV show? Do you think he was part of a hoax – possibly involving Halt and the other patrolmen?

Or do you think time travellers – or aliens – actually paid a visit to Rendlesham Forest in 1980?

Next week: I’m looking at the disturbing history of the Cecil Hotel in Los Angeles, and the bizarre case of Elisa Lam…

Note: Due to other writing commitments, I will now be posting blogs every Thursday instead of Wednesday.

3 thoughts on “Did time travellers land in Rendlesham Forest in 1980?”